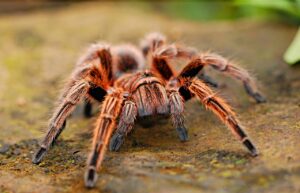 A tarantula gave a coach from across the pond the scare of her life! Our son is at soccer camp in Snowflake for the week with coaches from the UK! I asked how her morning went and she gave me a look that signified something horrible had happened! Honestly I thought someone may have died, but apparently there are no giant spiders in the UK!

I got in the car this morning and went to push the pedal…I looked down and saw a huge tarantula. It was awful! I called the other coach over and he freaked out, so we asked the host mom if she could do anything. Thankfully a third coach came to look at it and he moved the tarantula for us!~Coach Katie

I felt so bad for her, tarantula’s are quite scary looking, but they are probably the most friendly spider I’ve ever heard of. I told her not to worry since Tarantulas are not biters, but she was still quite unsettled. Then I asked her if she’s ever seen a spider like that, and they don’t have tarantulas in England where she’s from. I told her my van has tarantulas and skunks all over because we do pest control, but she wasn’t interested in seeing them giant sized on the van. Maybe I can get her to check out the van tomorrow?

The other coach said he went on a hike saturday with the host family, and they saw a rattlesnake! At least these coaches can go back home with exciting stories of the Arizona wild creatures. Isn’t it funny how we take for granted things like crazy cool bugs and snakes?

I’m especially thankful we don’t have spiders like the do in Australia, but maybe the people there are as nonchalant about those giants as we are here about our beautiful tarantulas! 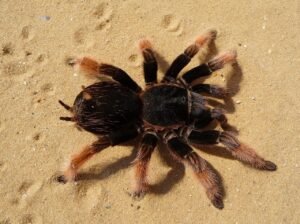 Have you seen any tarantulas this year? They migrate here in the White Mountains, if you’re lucky you may even see a large migration of them!

Weeds of the White Mountains 2022

When lawn, bushes and trees struggle- here’s how to fix it! 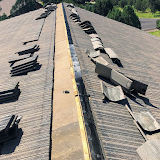 Sutton Weed and Pest Control LLC
Based on 115 Google reviews

Louis Vitolo
Alex is a very knowledgeable technician who is very patient & is extremely passionate about his job. He really spends the time to make sure you are satisfied with his service. He answers all questions & has great answers for any and all of your concerns.

kristyn zitar
Alex did such a great job helping my parents with their rodents, As well as fixing our yard and grass! he’s great!

Sandy Malcolm
Just moved into a new place noticed bugs and spiders. Called and Randy came when he said and did the outside sprayed and de-webed the whole house. Once we're all the way in we'll have the inside done thank you, thank you!

Roxie Pugh
This is the second year in a row that Dean has sprayed our property for weeds. He is extremely thorough and reliable. We highly recommend Sutton Weed & Pest Control!

Alexandrea Marvin
Sutton Weed & Pest Control is awesome! We have them come every 3 months and they keep all the pests away. Alex came today and was very friendly and professional. Love this service!

April Gage
Sutton Weed & Pest Control has been servicing my business for almost 3 years. Any concerns I’ve had they have addressed immediately. Their technician Alex is very courteous and has been very helpful is addressing all the needs of my business.

J Hu
We recently switched over from another company and we are impressed. Normally we have to fight the bugs off in the spring time. The tech Alex that was sent out took time to explain things and swept the outside for cobwebs and haven't seen any bugs since. Will recommend to anyone who lives up here.

Lori Pierce
Sutton is the best company on the mountain for weed and pest control! Our tech Alex was so knowledgeable and very good to answer my questions:) Thank you for helping us out!

Mary Jenkins
Another year, another weed spray success by Dean. He does the best work and that's why we always use him and Sutton!! The staff works hard not to be heard so my dogs don't bark when I'm on the phone with clients. They make sure all products are safe for any wildlife and that containers are secured. They're always prompt in responding and working thru solutions. I truly feel like they're family!

Michael Vaughn
Great Service! Sutton is the kind of business that I like to do business with. Prompt service and communication. Easy to see what is needed and what has been completed with the results. Professional knowledge gives us confidence that the appropriate assessment is made.